Spitsbergen – the land of mighty glaciers and rough arctic nature

What do you need to know about Spitsbergen:

Glaciers cover about 60% of the land in Spitsbergen. Many of the large glaciers end up down to the fjords creating fascinating, massive blue glacier fronts rising tens of meters from the water. Glaciers up here have been mostly receding since late 1800s. By comparing the maps and the terrain it is very obvious to see the changes taken place. In many places where the glaciers stretched out to the fjords several kilometers in 1970s,it is now possible to paddle your kayak in open water

Vegetation is sparse, tiny and very low due to permafrost, cool climate, low decomposition and long, windy winters with thin snow cover. Ground is covered very thinly with soil, and in many places around the glacier moraines, river beds, ridge tops and eskers, the ground is more or less bare, with only rocks and gravel. Different coloured, tiny tundra flowers grow scattered around in the terrain even in most barren places between rocks and bare gravel. Most flowers are also very low, rising up only couple of centimeters from the ground and many of them form carpets or cushions of different sizes. Some typical species are: Mountain avens, Moss campion, Purple saxifrage

Mammal species are extremely few in Spitsbergen. There are only three terrestrial mammals in Spitsbergen: polar bear, arctic fox and short legged Spitsbergen reindeer. Out of these three, polar bears actually spend more time out on the sea ice than on land if they just have the chance. Reindeers are commonly seen around in the terrain, and may let you get pretty close by if you move calmly. Arctic foxes can be seen quite often close to the shore lines and especially close to the large sea bird colonies. They are sometimes quite curious and might come and have a closer look on tent camps or groups out in the terrain with a hope of finding a piece of food. Small rodents are not found in Spitsbergen, so arctic foxes need to rely on birds, various carcasses and leftovers after polar bears.

Marine mammals are better presented in the waters surrounding the archipelago. Ringed seals and bearded seals are commonly seen during summer in the fjords, on ice floes close to glacier fronts and on the sea ice during late winter. Walruses are also more commonly seen every year in many different locations and haul out sites. Large whales still haven’t regained even the fraction of their historical population levels they had prior to the massive whaling period in the 1600s-1800s. Minke whales and fin whales are most common around Spitsbergen, but in the last few years also some blue whales and very few bowheads have been spotted. Belugas are more common sight in shallow waters close to the fjord coast lines during the summer.

Want a little extra adventure while you’re in Svalbard? With the expertise of a local guide, these exciting summer day tours in Spitsbergen give you an authentic Arctic experience, bringing you up close and personal with the nature, wildlife and traditions of one of the planet’s most remote outposts. All day tours originate in Longyearbyen, with all transportation and specialized activity gear provided.

During summer and autumn, hiking can be combined with boat trips and cruises. The experience of the Svalbard summer is highlighted under lively bird cliffs or when you pitch your tent in a landscape surrounded by mountain peaks and glaciers. Svalbard is also worth experiencing from a kayak, watching a seal basking on a nearby sheet of ice. You can also experience the wonderful scenery by going dog sledding on wheels. Get in touch with your inner Arctic explorer with these thrilling dog-sledding adventures, designed for those who want to leave civilization behind for a few days. Under the supervision of an experienced guide, you will sharpen your mushing skills as you drive your team of huskies across the unspoilt wilderness of Spitsbergen. Group sizes are kept small and accommodations range from cosy lodgings in Longyearbyen to a ship frozen in ice—the only hotel of its kind in the world!

The winter season offers opportunities for combining for example longer skiing trips with snowmobile safaris or dog sledding. To ascend Svalbard’s highest peaks by the use of skis may be a dream for some, whilst others prefer to explore the winter wonderland by dog teams or snowmobiles. Many activities are only available during certain seasons. Dog sledding, snowmobile safaris and skiing are usually possible from December to late May. However, in some areas these activities may be offered in summer as well.

The boating season normally starts at the beginning of June and lasts to the first half of September. Even if you don’t consider yourself to be a typical “cruise person” these nautical adventures will change your mind. These are more like Polar expeditions than ordinary cruises! Sail through Arctic waters on a specially-built Polar ship with all the comforts of a standard cruise liner. From icebergs to roaming polar bears, each voyage offers a unique opportunity to encounter fascinating landscapes and wildlife along with new cultural experiences and land activities at various ports of call in Svalbard and other Nordic destinations.

Some of the organised events require a minimum number of participants. With Longyearbyen as a starting point, these are some of the activities on offer: • Barbecue evenings • Boat trips • Dog sledding • Fossil hunting • Glacier walks • Hikes • Riding • Ice caving • Kayak trips • Sightseeing • Skiing trips • Snowmobile safaris - These guided snowmobile tours take you on a breathtaking journey across the vast frozen landscapes of Svalbard, one of the world’s last great frontiers! Spend your days surrounded by majestic mountains and glaciers and spend your nights in a remote, converted radio station or a ship frozen in ice. And depending on when you visit, you can witness either the amazing northern lights or the beginning of the midnight sun. Group sizes are kept small and private tours are available by request. • Weasel trips • Wilderness camps

The climate of Svalbard is dominated by its high latitude, with the average summer temperature at 4 °C (39 °F) to 6 °C (43 °F) and January averages at −12 °C (10 °F) to −16 °C (3 °F). Spitsbergen is the meeting place for cold polar air from the north and mild, wet sea air from the south, creating low pressure and changing weather and fast winds, particularly in winter; in January, a strong breeze is registered 17% of the time at Isfjord Radio, but only 1% of the time in July. In summer, particularly away from land, fog is common, with visibility under 1 kilometre (0.62 mi) registered 20% of the time in July. Precipitation is frequent, but falls in small quantities, typically less than 400 millimetres (16 in) in western Spitsbergen. More rain falls in the uninhabited east side, where there can be more than 1,000 millimetres (39 in).

The best time to visit Svalbard is during its summer time, from June to August when it’s not too cold and there is sunlight 24/7. For those who love winter sports the period between March and May are also favourable. Average temperature for January is -16 degrees Celsius and for July +6 degrees Celsius. Fog is quite common throughout the year.

How to get to Spitsbergen

Svalbard’s only international airport, Longyear Airport in Longyearbyen, is served by SAS with almost daily flights from Oslo and Tromsø in Norway. Flight times are 4 hours from Oslo and less than 2 hours from Tromsø. In March 2013 the airline Norwegian will also be flying Oslo-Longyearbyen every Monday, Wednesday and Friday. These flights are bookable from October 2012. Since Norway is one of Europe’s most popular travel destinations, there are a number of airlines that fly to Oslo or Tromsø.
Flights from Oslo
Many of our Svalbard tours originate in Oslo. Due to flight times, we recommend spending a night in Oslo before flying to Svalbard and again upon return. We are happy to assist with booking a hotel in Oslo—please contact us for details.
About Longyear Airport
The airport is located about 5 km (3 miles) from the town of Longyearbyen. Transfers between the town and the airport are available by taxi or by airport bus, which runs in connection with flights.

Electricity
The voltage is 220 volts at Svalbard. On the ships the voltage is also 220 volts.
Currency
The rate for the Norwegian Krone > Svalbard currency: 1 NOK = € 0.12. We advise you to buy Norwegian krones in the Netherlands. In Longyearbyen, you can exchange Euros at the bank (works with limited open hours). There is also an ATM at the bank, which is open 24 hours a day. The post office does not exchange money. On board the ships are different payment and currency is accepted.
Calling
If you are calling from Spitsbergen to the Netherlands, then enter 0031 without interruption (for Belgium 0032), followed by the area code without the leading 0 and the corresponding phone number. Back home from the Netherlands to Spitsbergen in order to call, dial 0047. In the majority of Spitsbergen most of the cell phones do not work. However, all ships have satellite phones on board and an e-mail communication is possible as well. This also depends on costs and position of the vessel plus the weather conditions which will affect the quality of the connection.
Time difference
There is no time difference between Netherlands and Svalbard.
Book your Spitsbergen tour now > 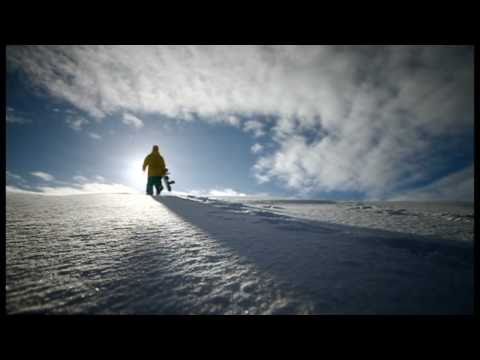 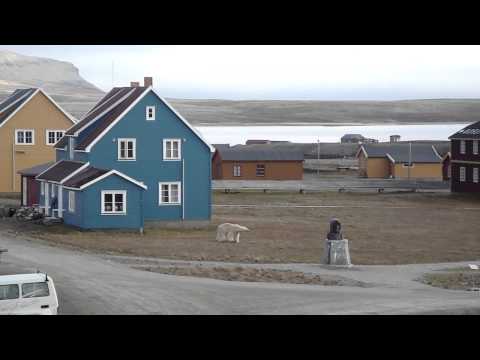 Our Matching tours to Spitsbergen